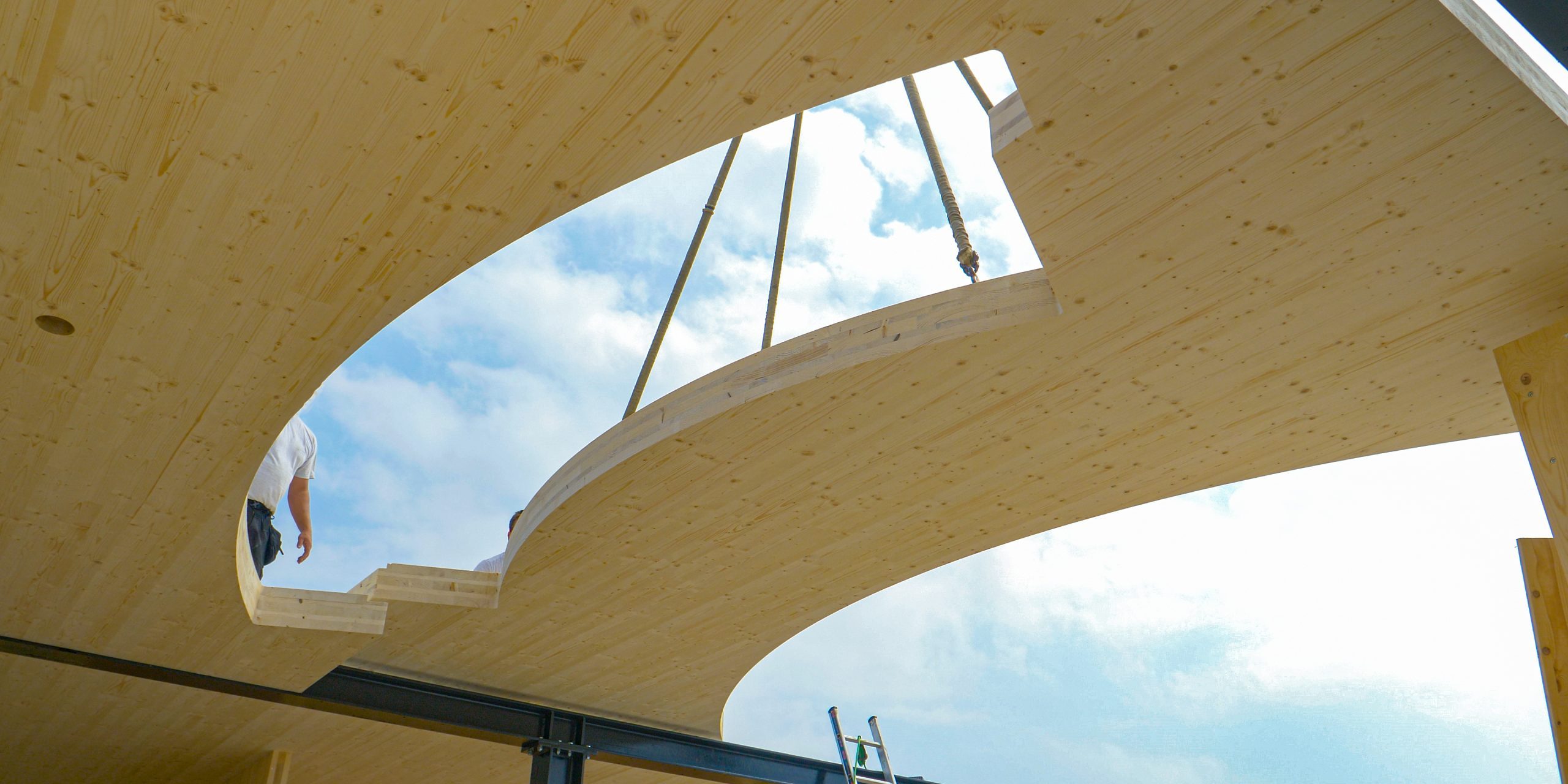 Mass timber construction is taking the industry by storm. While it is not relatively new, it has recently gained traction in the United States. About 1,300 mass timber buildings are currently standing or in construction in our country alone.

An architectural advancement, large buildings made entirely from wood are quite novel, with a process just as exciting as their appearance. As more and more mass timber buildings crop up, some people have questions surrounding the process.

Here are five commonly asked questions when it comes to these wooden wonders.

What is Mass Timber?

Mass timber consists of thick, compressed layers of wood. Also known as engineered wood, mass timber is strong, safe and sustainable. The most popular form of mass timber is cross-laminated timber (CLT), made by layering lumber that has been glued together to form panels with excellent structural stability. In addition to CLT, there are nail-laminated (NLT), dowel-laminated and glue-laminated timber.

Is it fire resistant?

The mass timber charred when exposed to fire, creating a protective layer insulating the interior of the wood. This process protects the wood from damage and allows the panels to retain strength to allow time for evacuation in the case of a building fire.

What is the difference between mass timber and heavy timber?

While mass and heavy timber are similar, they are not the same. Mass timber involves specific engineered materials like CLT and NLT. Traditionally, heavy timber uses heavy sawn or glue-laminated beams to create a frame. This process has existed for centuries, while mass timber is a new process.

Who is building with mass timber?

The most famous examples of modern mass timber buildings are the T3 Tower in Minneapolis, Minnesota, the Mjøstårnet in Brumunddal, Norway, and The Brock Commons Tallwood House in Vancouver, Canada.

The push for mass timber construction is greater in parts of Europe and Canada, but traction continues to grow in the United States, particularly in the Pacific Northwest.

CLT is expected to grow in the global market by over 13 percent annually into the mid-2020s. Currently, Europe accounts for about 60 percent of the market, but by 2025, mass timber is expected to account for $1.4 billion of the $14 trillion global construction industry in the U.S. Given the growth rates, it is safe to say that mass timber production could rise exponentially.

Mass timber is eco-friendly and sustainable. Concrete and steel emit high levels of carbon into the atmosphere. Wood is already a lower carbon material, and building with it could reduce a structure’s overall carbon footprint and could eventually become carbon neutral. One study found that a hybrid mass timber building achieved 26.5 percent lower global warming potential than a concrete building.

The North American lumber and construction industries are expected to rise over the next decade, but demand is expected to grow even faster as sustainability continues to be at the forefront of builders’ minds. Honour Consulting is your recruiting partner to find top talent in an industry that is embracing change and new technologies. Contact us today to fill your hiring needs.

Positive Construction Outlook: No Signs of Slowing Down
August 11, 2022

The current state of the construction labor market and shortage in the trades
May 20, 2022

The Era of Multifamily Market Spaces in the Sunbelt
April 26, 2022

Five Reasons You Should Talk to a Recruiter When Starting a Job Search
June 1, 2019
Do you have any questions?

If you are having any questions, please feel free to ask.

Drop Us a Line
Go to Top